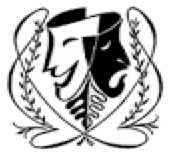 Mrs. Holyoke has been involved in theatre throughout her life. As a Theatre major at the University of Wisconsin, she was involved in numerous student based and Nationally touring productions including the play Cyrano de Bergerac. Her experience in the theatrical arts ranges from set, costume and prop design and fabrication to production direction and “hands on” stage management.

After relocating to Florida, Mrs. Holyoke become involved in community theatre. She has served on the board of directors for Arts in Motion Children’s Community Theatre for several years, has assisted with many of AIM’s productions (including Annie, The Wizard of Oz, Beauty and the Beast, Lil’ Abner, A Midsummer Night’s Dream), and has volunteered technical assistance during performances of Shrek the Musical, High School Musical, and The Little Mermaid. Mrs. Holyoke has also worked with Applause Performance Company, having assumed the role of Stage Manager, during their tours of Annie, High School Musical, and Encore’s performance tour.

Prior to arriving at PVMS in January of 2013 (subject area: science), Mrs. Holyoke had taught in the Pasco County School system for 11 years. Although still working as a science teacher at PVMS, her love of the performing arts soon led her towards voluntary involvement in the Drama program. Beginning as the Director of the one-act play CELLophane (fall 2014), and after noticing the interest, desire, and need for student engagement, she later redirected her efforts towards not only initiating but also personally cultivating the return of the Pine View Pizazz Show Choir (2015). She continued to lead the group through the spring of 2016.

Beginning this year, the Theatre Arts Department will be separated into three distinct areas: Theatre Classes, The Pine View Players, and Florida State Junior Thespian Troupe. This change has been instituted as a means to better serve the student by offering a more diverse and comprehensive approach to the theatrical arts and will work to present the student with not only varied experience in theatre but also the opportunity to engage in a choice that best suits their interest and availability.

Theatre Classes will be taught during the school day and are available for Year One, Two and Three students. Theatre classes will address the Theatre Standards for the State of Florida as well as some Language Arts and Math standards. Classes will meet 5 days each week and will have several showcase events and performances throughout the year.

The Pine View Players are a group of students that meet after school 2 days each week. The primary goal for the Pine View Players is to produce a fall play and a spring musical to be presented toward the end of each semester. The Pine View Players will hold auditions for each production and will include a student stage crew team to assist with costumes, scenery, props, stage management, and the running of the show.

The Florida State Junior Thespian Troupe is a student honor society which is a subset of the theatre arts program where membership is earned. Any student may be a member of the theatre arts program, but only students who have been officially inducted are members of the International Thespian Society. Students may earn membership in the organization by accumulating points when participating in Pine View Players activities, and the Junior Thespian Festival which is held both regionally and at the state level. Members of the Thespian troupe may audition to perform at the regional festival, and selected students earning a Superior rating at the regional festival may be selected to perform at the state festival.